Reed Manufacturing Company has been producing fine tools for worldwide professional trades since its founding, in 1896, by Carl Reed. 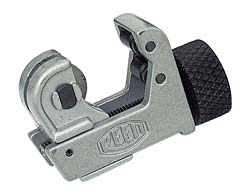 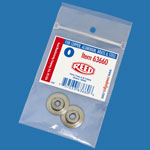 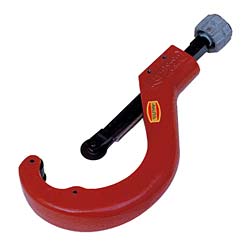 Purchased in 1902 by Reuben Wright, the company continues to be operated by his descendants: fifth generation members of the Wright family. In 2003, Mark Wright and Scott Wright were promoted to Co-CEOs by Reed's outside Board of Directors. The Board of Directors promoted Mark and Scott to President, Manufacturing & Product Development and President, Sales & Finance, respectively, in 2002. Mark graduated from Yale University and Scott from Haverford College. Both Mark and Scott have been working at Reed in several roles for twenty years. Mark and Scott uphold the family traditions of product innovation, highest quality pipe tools, great customer service, a cutting edge factory, and extra value to customers. The secret of Reed's continuing, increasing success can be attributed to its corporate culture of excellence and the quality of its company Associates, who are individually committed to exceptional performance and service. With participative management and profit sharing for all, Reed people, products, and service will get even better in the future. Although over a century old, Reed is very progressive and will continue to improve its customer offerings throughout each of its next 110 years.

Reed celebrates its 110th year of business in 2006! From the company's beginning, Reed associates have invented tools that continually become industry standards, including the Quick Release™ Tubing Cutter, various tools for plastic pipe, vises, plus Hinged and Rotary™ cutters for large diameter pipe. In addition to new tools, each year Reed makes end-user driven improvements and refinements to existing tools. The "Best Ever" designation is given to a tool whose quality, benefits, or performance has been significantly improved over all previous versions. These continuous improvements are advantages to buying Reed. "Why Reed" statements throughout our literature and website explain why that tool is superior to any other on the market. The information can be used with confidence to compare Reed products with competitive methods. 2006 finds Reed offering new reusable, protective pouch packaging on tubing cutters and developing new tools to add to the breadth and depth of the company's tool line. Additions in 2005 included the 5301PD Power Drive, DM3MECH Mechanical Hot Tapping Machine, PLAS Cutters for PE, PEX Crimpers, extended "deep well" sockets, more Dual Socket Ratchet Wrenches, and new Round It™ Rerounders for copper tubing. Almost every Reed tool is produced using computer numerically controlled (CNC) machines, resulting in ever better quality. Nearly every Reed tool is the best of its kind in the world, outlined in "Why Reed" statements, and each offers a Full Lifetime Warranty.
Join Our Professional Site for Deeper Discounts with Access to Inventory at 21 Warehouses! Click for More Info